Robin from the a band called the Many Few contacted me because they had an idea about a styled musician photography shoot for their band. As well as photography they wanted help with choosing a location, so I sent Robin a few ideas and we settled on the October Gallery. It has a great room with a club / library feel that suited the look they were going for.

The band styled themselves with monocles, waistcoats and pocket watches and we went for a vintage ‘psychiatrists couch’ kind of look. A 2 hour shoot, resulted in 10 images that the band picked. I edited the photos to give them a vintage look, and here are a few of the final shots from their band shoot: 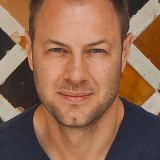